Weather was relativity good for August and September with 16 clear nights. This allowed us to submit over 400 variable star observations to the AAVSO.

The light curve below from AAVSO shows SS Cyg’s activity for August and September. A total of 95 observers contributed to this light curve. Our data is marked with orange crosses.

Its nice to see that our measurements line up with another observer. The graph below shows data from September 12th. Our data marked with orange crosses. We started observing where another observer (BJOK, Spain) was just finishing.

Priority number 2 was Tabby’s star (KIC 8462852). This is the star which hit the mainstream media a while back with rumours of alien megastructures. The graph below shows our contributions marked in orange crosses. I look at August 11th and think WTF. Looks like someone caught an interesting event around August 21st.

This was a filler in the schedule. Set at the lowest priority. A nice nebula high in the sky. Still a work in progress. About 6hours of exposure through a luminance filter was collected. Hopefully in the next couple of months we’ll have a nice pretty picture.

The image below is a stack of 41 x 3min exposures. Still a work in progress, lots more frames to stack and weather permitting will collect RGB images to make a colour image soon. 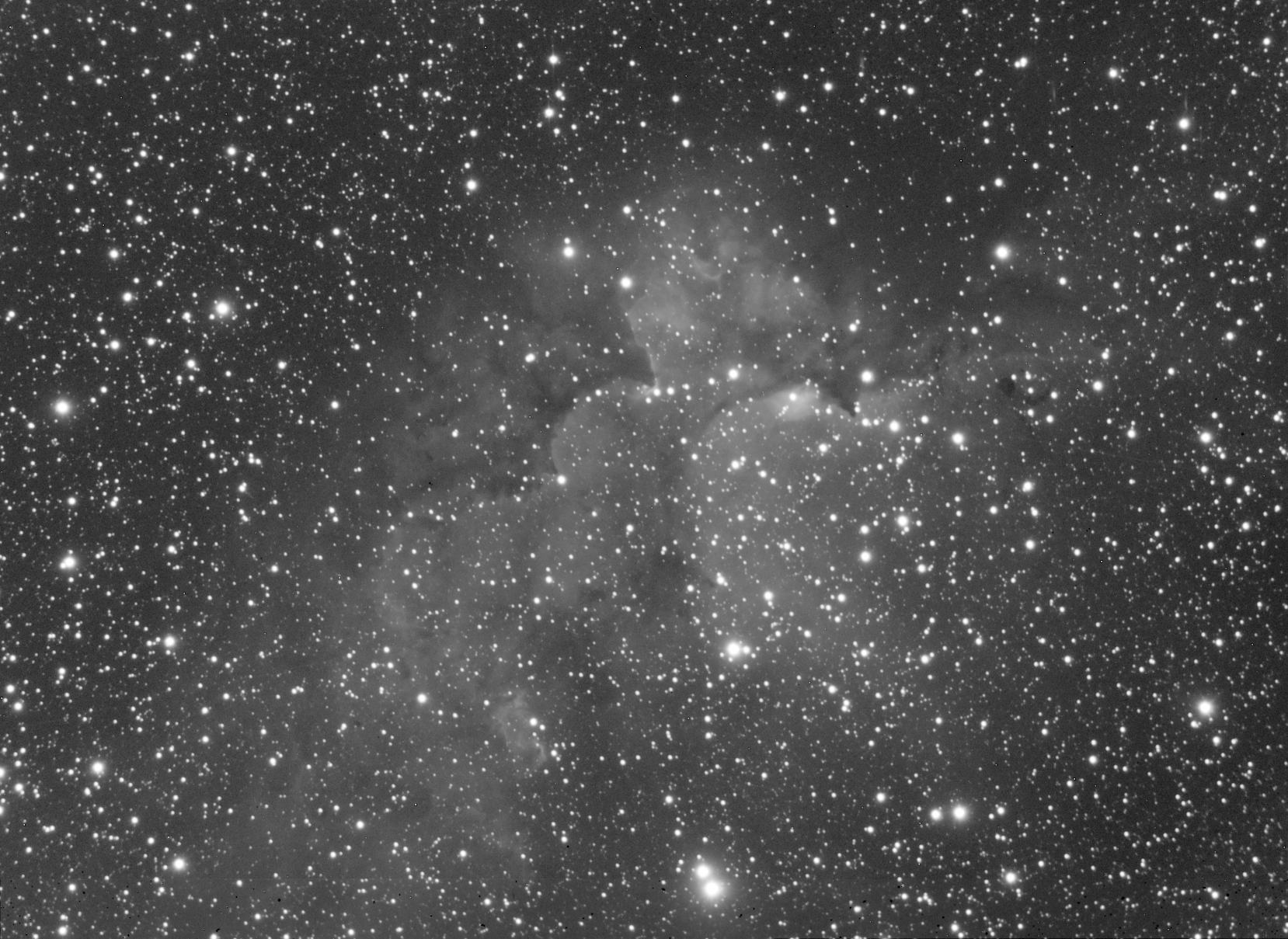 Ekos and the scheduler

Finally a quick mention to EKOS and INDI. Without this amazing software none of these observations would be possible. September also saw our longest fully autonomous observing run of 7.5 hours, dawn to dusk with no human interaction.

Below shows the EKOS ‘dashboard’ while the scheduler is running. 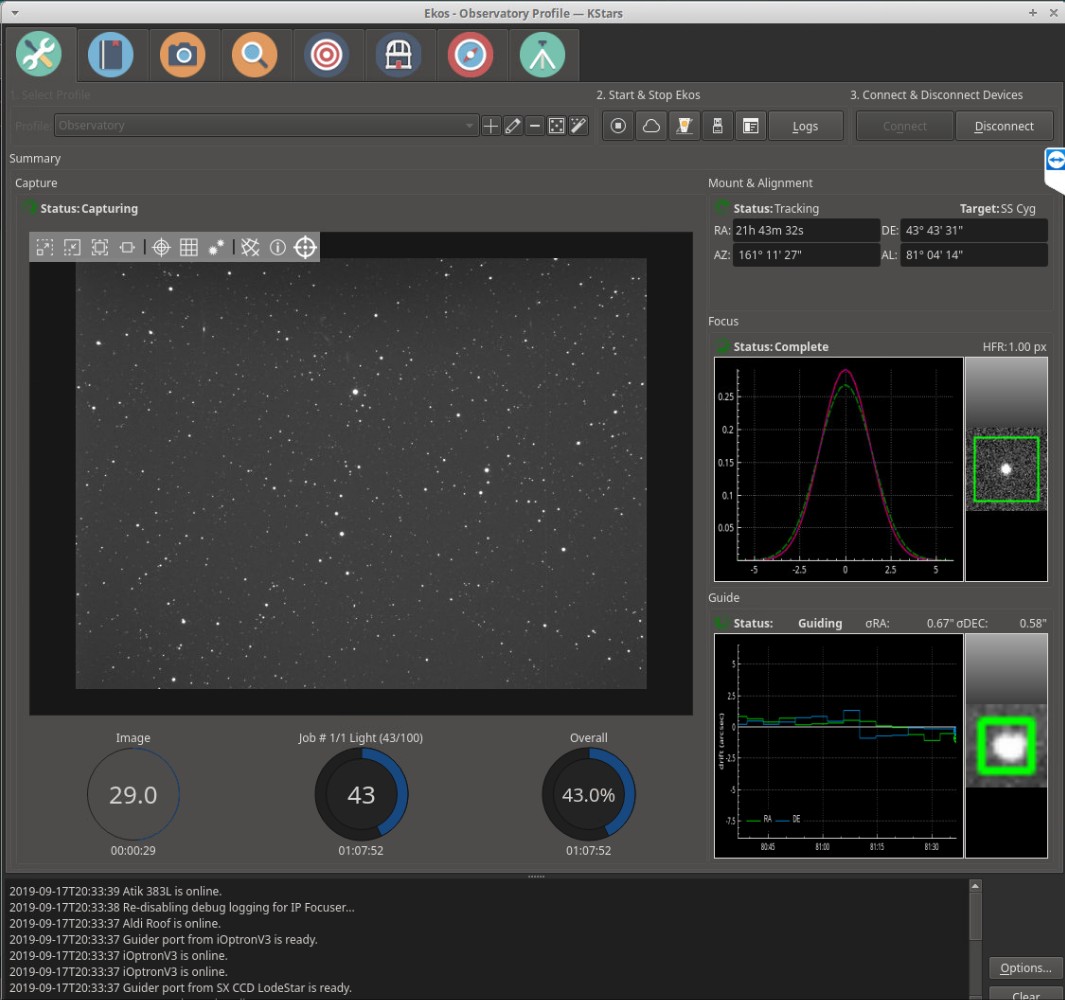